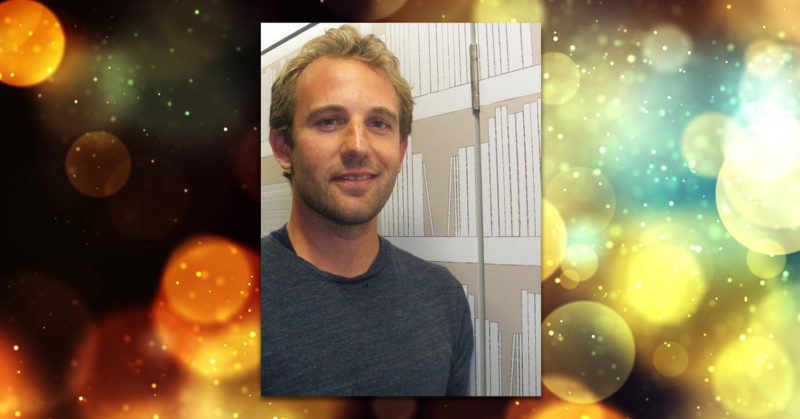 Confessions of a real-life Loser – a blog by Jim Smith

Jim Smith, author of the amazekeel Barry Loser series, recently released his latest book: Barry Loser is the best at football, NOT!

To celebrate the World Cup (and Barry’s excellent football management skills), Jim has written us a blog post all about his love of… well, you’ll see!

When my editor asked me if I’d be up for writing a Barry Loser book all about football, I immedikeely said yes. But only because I always say yes to everything so people will like me.

Apparentkeely, there was going to be a World Cup on the telly in the summer, and my editor thought it’d be a keel idea to do a book to go along with it. I nodded, even though we were talking on the phone and she couldn’t see I was nodding. Although maybe she could hear it from all the rustling of my phone against the collar of my jacket.

‘Sounds like fun!’ I said at the end of the phone call, and I hung up and dropped my phone into a passing bin. I’m always doing that, like my phone’s a can of Coke or something and when the call’s finished it’s empty.

‘What a nightmare,’ I sighed to myself as I fished my mobile out of the bin. As far back as I could remember, I’d always been comperleeterly and utterly useless at football. I never watched it on the telly and when my friends talked about it at school I didn’t have a clue what they were going on about.

Whenever they were picking football teams I was always the last one left. Even Jocelyn Briggs, who was the skinniest, weakest, see-through-est kid in the whole school, got chosen before me.

The thing about being picked last for football is that it doesn’t exackerly get you in the mood for trying very hard once the actual game gets going. ‘Put some effort into it, Smudger!’ Simon Townsend would shout across the concrete pitch at me, but I’d just carry on standing there like a lamppost, imagining I was in Art class drawing a picture of a Coke can.

That’s what I was into – Coke cans. I had a mahoosive collection from all over the world. I loved Coke cans and hated it when my best friend, Mark Pope, kicked them along the pavement on the way home from school pretending they were footballs.

I tried to get Mark into Coke cans too, and he sort of did for a bit – he had a mini collection on a shelf in his bedroom, next to all his football trophies. But it was nowhere as keel as mine.

Mark’s birthday parties were always down the local park, and we’d have to play a big game of football before we got round to eating Wotsits and drinking Coke. I hated Mark’s parties.

My idea of a keel bday party was going up to the Coca-Cola headquarters in London for a day-long tour of their offices. Which was what my dad organised for me when I was about ten or something.

The man my dad had set the tour up with told us to bring a big bin bag each, which we comperleeterly didn’t do, because who brings a bin bag to a birthday party? When me, Mark Pope and my other best friend Ben got there, the man looked angry. ‘Where’s your bin bags?’ he growled, and we all shrugged. ‘How you gonna get all the freebies home if you ’aven’t got a bin bag to put ’em in?’

I imagined how many freebies he was planning to give us if he thought they’d fill three bin bags and immedikeely weed myself on the spot.

The man fished out three bin bags from a little drawer in his desk and took us down in the lift to the basement. The doors slid open and I gasped, which was a mistake because Mark had just done a blow off. In front of us were aisles and aisles of shelves. I know that sounds boring but it was what was on the shelves that’d made me suck Mark’s fart into my mouth hole.

The grumpy tour guide man proceeded to fill our bin bags with shiny Coke cans and stickers and badges and stuff like that from all over the world. The keelest can of all was a ‘New Coke’ one from America, which me, Mark and Ben all called ‘Amerikeel’ because it sounds keeler than ‘America’.

‘New Coke’ was a new flavour of Coke that the Coca-Cola company brought out in 1985 because they thought everyone had had enough of the old Coke flavour and would like a new one. When it came out though, everyone in the whole of Amerikeel went comperleeterly nutsoid. ‘Bring back Old Coke!’ they chanted, marching down the streets holding signs saying the exact same thing as they were chanting. Have you noticed how people on marches always do that? I reckon they should chant one thing out of their mouths and write a comperleeterly different thing on their signs – that way you’re not boring people so much with the same message.

Anykeels, in the end the Coca-Cola company brought Old Coke back and called it ‘Coke Classic’. But I always liked the idea of New Coke. I’m thinking of bringing out ‘New Barry Loser’ actukeely. He’ll be taller and have a shorter nose and not be a loser anymore. Then kids all over the world will go comperleeterly nutsoid and take to the streets chanting ‘Bring back Barry Loser!’

Even though they won’t, because they’ll all be too busy watching the stupid World Cup on telly.

Barry Loser is the best at football, NOT!

Everyone at Barry’s school has gone football crazy, but Barry gets thrown out of the team (the Mogden Maniacs) for being completeerly rubbish. Then it turns out that his best friend Bunky is a super striker – so Barry becomes his manager. The cup final match is approaching and Bunky’s getting carried away with his football fame – can Barry keep his head in the game?

Join everyone’s favourite Loser on his tenth hilarious adventure in Barry Loser is the best at football, NOT!

Barry Loser: I am not a loser was selected as a Tom Fletcher Book Club 2017 title.

Future Ratboy and the Invasion of the Nom Noms is shortlisted for the Lollies Award 2017. 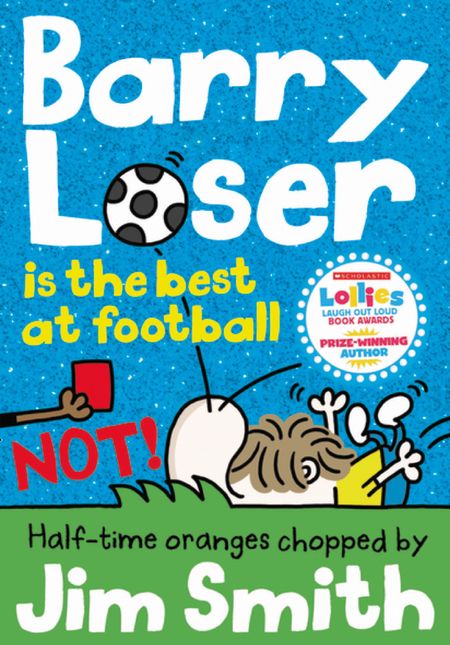