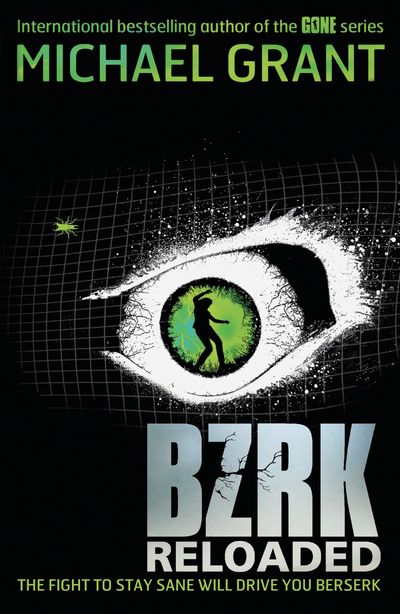 It’s The Matrix meets Inner Space in a futuristic battle for survival.

The breathtaking ride continues in BZRK: Reloaded. The second instalment of the incredible new action thriller series from Michael Grant, author of GONE.

The first battle is over, but the war rages on. Sanity or madness? Truth or happiness? Love or survival? In the nano, you don’t get to decide.

Noah and Sadie are now trained twitchers. They know how to wire a person’s brain from the inside, and how to get out alive. But they’re still reeling from their first encounter with the Armstrong Twins, and there’s no time for grief. As long as Bug Man has control of the US President’s mind, the future is on a knife edge.

The pulse-pounding follow up to BZRK, from the coolest author of books for teens.

Praise for Gone: ‘… exciting, high-tension story told in a driving, torrential narrative that never lets up. This is great fiction. I love these books.’ Stephen King, bestselling author.

Author: Michael Grant
Format: ebook
Ageband: from 12
Release Date: 06/05/2013
Pages: None
ISBN: 978-1-78031-255-2
Michael Grant is the evil genius of Young Adult Fiction. Among his biggest fans is Stephen King who called the GONE series ‘A driving, torrential narrative’. Michael’s life has been similarly driving and torrential. He’s lived in almost 50 different homes in 14 US states, and moved in with his wife, Katherine Applegate, after knowing her less than 24 hours.