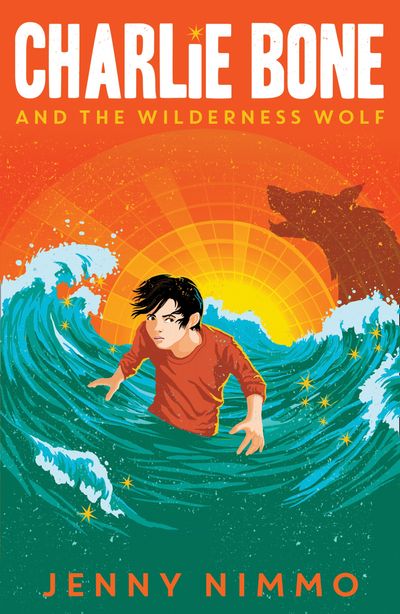 Charlie Bone has finally found his father, but he’s disappeared again. However, this time Charlie knows where he is – on a second honeymoon with his mother. But there’s no time to miss them, for there’s a strange salty mist in the air, and chilling howls in the night. And someone has been searching Charlie’s house! Something is going on – and the Bloors have to be behind it. Charlie and his friends must find the creature that howls so desperately. But will they be in time?

Have you collected all of the Charlie Bone series?

Jenny Nimmo is the acclaimed author of the Charlie Bone series. She has won several significant awards for her children’s fiction, including the Nestle Smarties Book Prize and the Tir na n-Og Welsh Arts Council award for The Snow Spider. She lives in Wales with her husband, David.

Author: Jenny Nimmo
Format: ebook
Ageband: 9 to 12
Release Date: 02/04/2012
Pages: None
ISBN: 978-1-78031-207-1
Jenny Nimmo has been an actor, researcher, floor-manager and script editor for children’s television. Her first book ‘The Bronze Trumpeter’ was published in 1975. ‘The Snow Spider’ won the Tir na N’Og award and the Smarties Grand Prix. Her most recent book, for older readers, is ‘Milo’s Wolves’. Jenny Nimmo was born in Windsor, Berkshire and now lives in Wales with her artist husband and three bi-lingual children.

This book is a gripping fantasy tale of mystery, suitable for children and adults. If you like Harry Potter you will love this. -