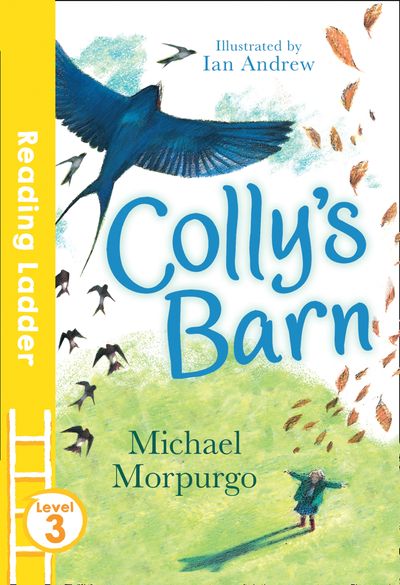 Annie’s father is going to knock down the old barn and build a new one. What will happen to Colly the swallow and all the other birds and animals that live there? Annie is worried about their safety. But one night something amazing happens and she realises that the birds are wiser than she could ever have imagined …

Red bananas are chapter books for newly fluent readers, suitable for NC Level 3 readers. They are carefully designed with education in mind, supporting children’s understanding of how to read longer books. Red bananas introduce similes and wordplay to encourage an understanding of more literary concepts.

Author: Michael Morpurgo, Illustrated by Ian Andrew
Format: eBook
Ageband: from 7
Release Date: 05/12/2011
ISBN: 978-1-78031-170-8
Michael Morpurgo is one of the most successful children's authors in the country, loved by children, teachers and parents alike. He has written more than forty books for children, including the global hit War Horse, which was made into a Hollywood film by Steven Spielberg in 2011.He has won the Whitbread Award, the Smarties Award, the Circle of Gold Award, the Children's Book Award and has been short-listed for the Carnegie Medal four times.He received an OBE in December 2006 for his services to literature.