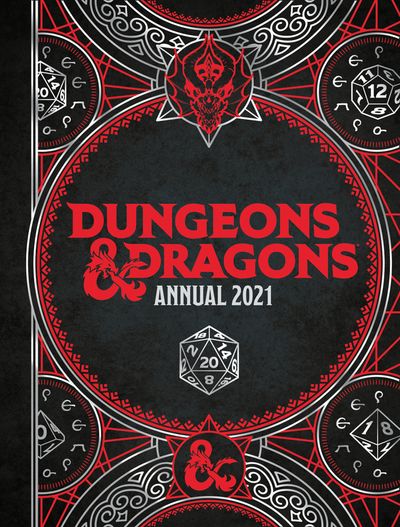 Learn about deadly monsters, playable peoples, and expansive worlds in this introduction to the world’s most popular role-playing game.

Dungeons & Dragons has never been more popular, and this official annual brings together everything that makes the series great. Featuring heroes of legend, the most challenging monsters and handy tips on how to start or continue your adventure, this book is sure to be a (critical) hit with fans of all ages.

The annual charts all the major developments over the last 12 months in the world of Dungeons & Dragons. There are interviews with major live-streamers and podcasters from around the world; guides to creating your own characters or taking the next step by become a dungeon master and explorations of the Forgotten Realms, Eberron, Ravenloft and the adventures you can undertake within them.

Format: Hardback
Ageband: from 9
Release Date: 29/10/2020
Pages: 96
ISBN: 978-1-4052-9938-1
Dungeons & Dragons was created in 1974, and has been the go-to tabletop role-playing game ever since. In the almost half a century since its creation, its lore has expanded to hundreds of adventures across dozens of settings, and pervaded every corner of popular culture.