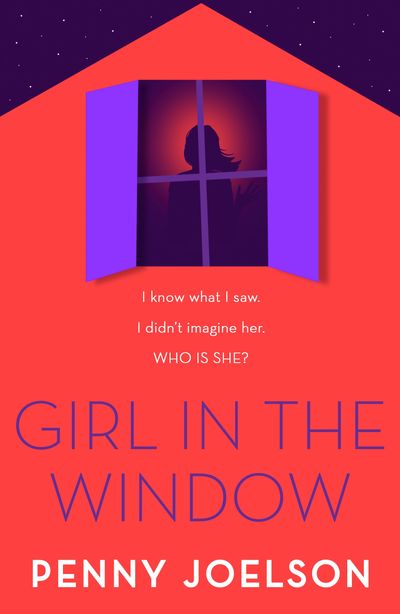 Girl in the Window

See the world from another unique perspective in the thrilling new novel from the author of I Have No Secrets (a World Book Day title for 2018).

Nothing ever happens on Kasia’s street. And Kasia would know, because her illness makes her spend days stuck at home, watching the world from her bedroom window. So when she sees what looks like a kidnapping, she’s not sure whether she can believe her own eyes …

There was a girl in the window opposite – did she see something too? But when Kasia goes to find her she is told the most shocking thing of all.

There is no girl.

An eye-opening and compulsive page-turner for readers aged 12 and up.

Penny Joelson began working with disabled people when she was a teenager, which gave her the inspiration and insight for this book. As well as writing compulsive thrillers for teen readers she also teaches creative writing. Find Penny on Twitter: @pennyjoelson

Author: Penny Joelson
Format: Paperback
Ageband: from 12
Release Date: 09/08/2018
Pages: 352
ISBN: 978-1-4052-8616-9
Penny Joelson has loved reading and writing stories since she was a child. She began working with disabled people when she was a teenager, which gave her inspiration for her first novel I Have No Secrets, which was published in 2016 to critical acclaim. Penny also runs 'Creative Writing for Children' workshops at City Lit and lives in Hertfordshire.