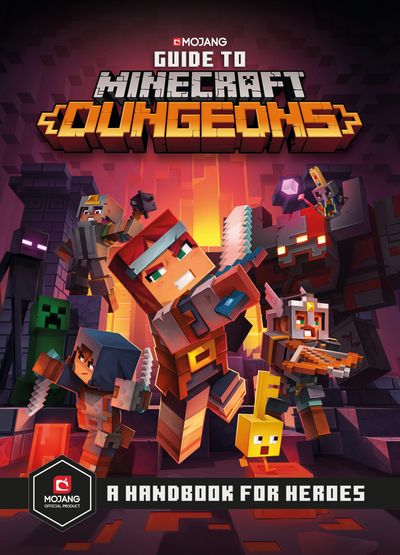 This companion guide to the game has been created especially for heroes who intend to vanquish the Arch-Illager and his evil illager minions. It contains:

– insider info from the team who created Dungeons

ABOUT THE GAME
Minecraft Dungeons is an all-new action adventure game, inspired by the classic dungeon crawlers. It’s coming to PC, Nintendo Switch, PlayStation 4, Xbox One and Xbox Game Pass in spring 2020. Up to four players can team up and fight together in local and online co-op modes.

Format: ebook
Ageband: from 7
Release Date: 12/11/2020
Pages: None
ISBN: 978-0-7555-0222-6
Mojang is a games studio based in Stockholm, Sweden. Mojang was founded in 2009 by Markus “Notch” Persson and Jakob Porser. Markus Persson is also the creator of Mojang’s best-selling game to date: Minecraft. The alpha version of Minecraft was launched in 2009, and the official game went on sale in 2011. Since then over 100 million copies have been sold, across multiple platforms. It is now the second best-selling video game of all time.