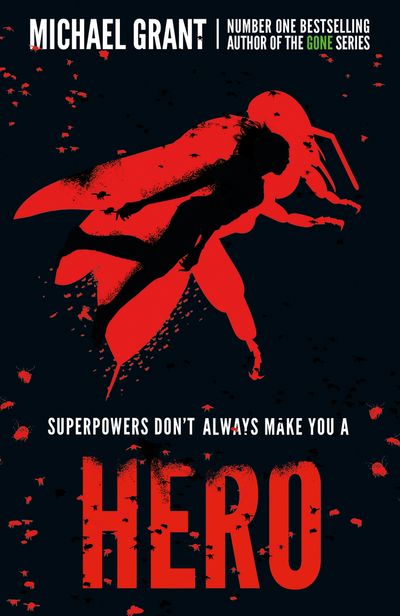 Vector may just be the deadliest enemy Dekka and the group will ever face.

He is a swarm of disease-bearing insects. His victims are hit with a wide range of supercharged diseases, and are then unable to die, but go on and on in a living hell.

With Sam, Astrid and Edilio back to help the them, they form a team known as the Rockborn Gang. The also have a new member: Simone. A blue skinned punk who can fly.

But Vector is only just the beginning, and the Rockborn Gang are forced to question if everything they’ve gone through until now is even real.

Perfect for fans of the GONE series, The Darkest Minds and X-Men

Author: Michael Grant
Format: ebook
Ageband: from 12
Release Date: 03/10/2019
Pages: None
ISBN: 978-1-78031-768-7
Michael Grant is the evil genius of Young Adult Fiction. Among his biggest fans is Stephen King who called the GONE series ‘A driving, torrential narrative’. Michael has now written around 150 books (with Katherine, as himself, under pseudonyms and as a ghostwriter).He now lives in the San Francisco Bay area taking his inspiration from his charming view of Alcatraz. From across those dark waters have emerged his dystopian fantasy series, GONE, his thrilling futuristic trilogy BZRK, and the menacing Messenger of Fear. As well as reinventing history with his Front Lines series, and revisiting the world of GONE with MONSTER and VILLAIN.