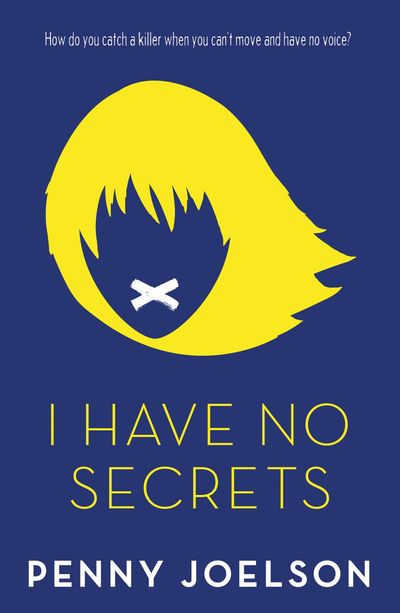 Penny Joelson began working with disabled people when she was a teenager, which gave her the inspiration and insight for this book. As well as writing compulsive thrillers for teen readers she also teaches creative writing. Find Penny on Twitter: @pennyjoelson

Author: Penny Joelson
Format: ebook
Ageband: 12 to 16
Release Date: 04/05/2017
Pages: None
ISBN: 978-1-78031-783-0
Penny Joelson has loved reading and writing stories since she was a child. She began working with disabled people when she was a teenager, which gave her inspiration for her first novel I Have No Secrets, which was published in 2016 to critical acclaim. Penny runs 'Creative Writing for Children' workshops at City Lit.