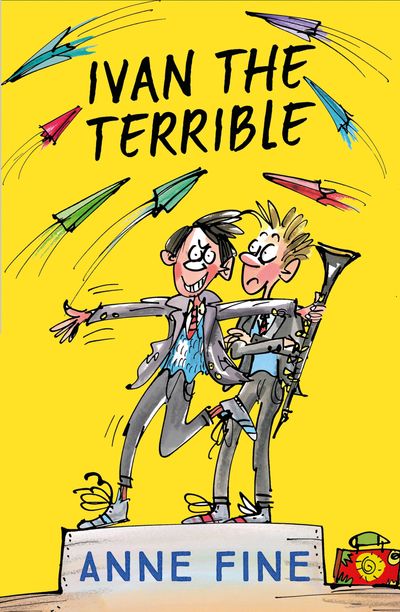 It’s Ivan’s first day at his new school, and Boris is told to look after him, and translate for him, because Ivan can only speak Russian. After all, St Edmund’s is a civilized school. Only problem is, Ivan isn’t civilized. So when Ivan starts greeting people as ‘lowly shivering worms’, and asking for words in English like ‘crush’ and ‘mutilate’, Boris realises that he’s going to have his work cut out for him. And that’s just the start of the day …

Author: Anne Fine
Format: Paperback
Ageband: 7 to 9
Release Date: 08/02/2018
Pages: 112
ISBN: 978-1-4052-8897-2
Anne Fine is one of the UK's best-loved authors. She was the Children's Laureate from 2001-2003 and has won both the Carnegie Medal and the Whitbread Award twice. She has published over 50 books for children, including favourites such as Ivan the Terrible and The Angel of Nitshill Road. When she was young, it never occurred to Anne that she might be a writer. But one day, unable to get to the library in a snowstorm, she sat down and started to write a novel. Clearly this was the right job for her, for she has never stopped writing for more than a few weeks since