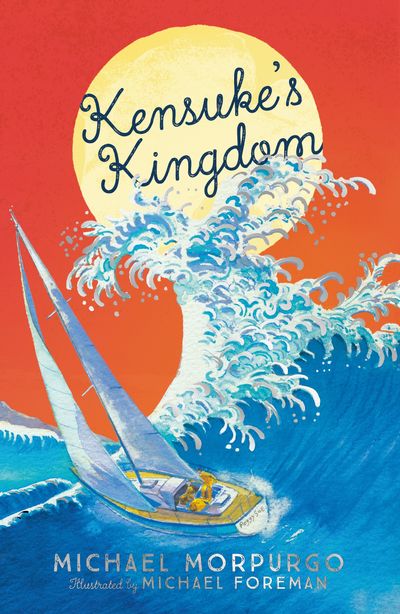 I disappeared on the night before my twelfth birthday.

Washed up on an island in the Pacific, Michael struggles to survive on his own. With no food and no water, he curls up to die. When he wakes, there is a plate beside him of fish, of fruit, and a bowl of fresh water. He is not alone …

From the author of the internationally acclaimed War Horse, this is a spellbinding adventure story about friendship and survival.

Kensuke’s Kingdom was shortlisted for the Whitbread Prize and won the FCB Award.

‘A dazzling adventure’ –  The Times

Author: Michael Morpurgo
Format: Paperback
Ageband: 8 to 12
Release Date: 28/07/2016
Pages: 192
ISBN: 978-1-4052-8179-9
Michael Morpurgo is one of the most successful children's authors in the country, loved by children, teachers and parents alike. He has written more than forty books for children, including the global hit War Horse, which was made into a Hollywood film by Steven Spielberg in 2011.He has won the Whitbread Award, the Smarties Award, the Circle of Gold Award, the Children's Book Award and has been short-listed for the Carnegie Medal four times.He received an OBE in December 2006 for his services to literature

”'This is a wonderful book, a modern day Robinson Crusoe and is simply too good to miss.” - Wendy Cooling