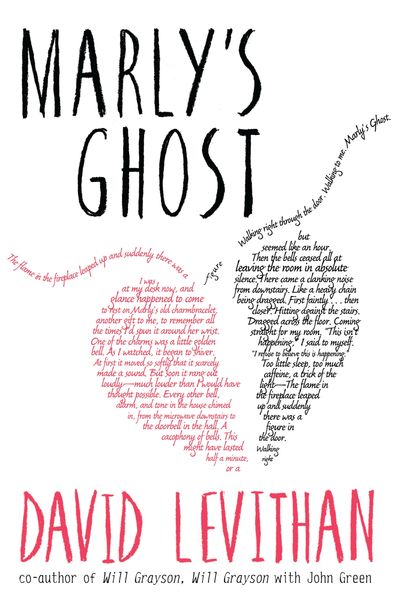 When Ben’s girlfriend, Marly, dies, he feels his life is over and the prospect of Valentine’s Day without her fills him with bitterness. But then Marly arrives – or at least, her ghost does – along with three other spirits. Now Ben must take a journey through Valentines past, present and future – and what he learns will change him forever.

David Levithan is master of blending fantasy and romance, and Marly’s Ghost has every bit as wonderfully strange and magical as Every Day and Another Day.

Author: David Levithan
Format: Paperback
Ageband: from 12
Release Date: 01/01/2015
Pages: 192
ISBN: 978-1-4052-7647-4
David Levithan was not born in France, Milwaukee or Olympia, Washington. He did not go to Eton, Harvard Law School or Oxford University. He is not the author of War and Peace, Hollywood Wives: The New Generation or The Baby-sitters Club #8: Boy-crazy Stacey. He has not won the Newbery Medal, the Pulitzer Prize, the Bausch & Lomb Science Award or the race for eleventh-grade vice president. He currently does not live in Manhatten.