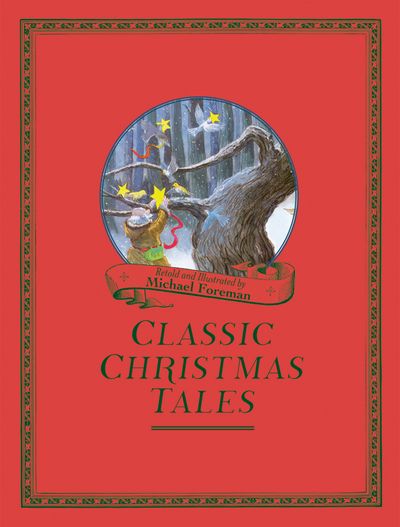 A must-have treasury of seasonal cheer for children and adults alike, illustrated by one of the best-loved artists working today, it contains all the classic Christmas songs, poems, and stories that you need for a wonderful holiday season.

Michael Foreman has chosen a magical mixture of stories and verses evoking the festive season for his beautifully presented festive family book.

Includes: ‘The Twelve Days of Christmas’, ‘Good King Wenceslas’, ‘The Snow Man’ (Hans Christian Andersen), ‘On the Prairie’ (excerpt from Laura Ingalls Wilder), ‘The Gift of the Magi’, ‘Stopping By Woods on a Snowy Evening’, ‘Christmas Underground’ (excerpt from The Wind in the Willows), ‘The Night Before Christmas’ and many more…

Format: Hardcover
Ageband: 7 to 9
Release Date: 01/09/2014
Pages: 120
ISBN: 978-1-84365-266-3
Michael Foreman’s numerous books for children have earned him widespread recognition as one of the world’s leading illustrators. He has regularly collaborated with Terry Jones, Michael Morpurgo and others while several of his own books are also considered modern classics. Titles include War Boy, War Game, Terry Jones's Erik the Viking and Animal Tales, Michael Morpurgo's Farm Boy and many other classics.