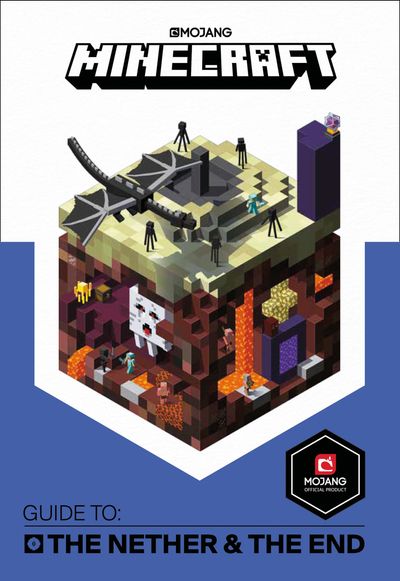 Minecraft Guide to The Nether and the End

Now that you’ve mastered the Overworld, the time has come to brave the perilous Nether and End dimensions. But survival will be even more difficult here and you’ll need to up your game if you want to make it back to the Overworld in one piece.

The official Minecraft Guide to the Nether and the end will help you survive as you navigate new terrain, discover new hostile mobs and attempt to collect unique materials. Learn how to kill fire-resistant mobs in the Nether and repurpose Nether fortresses, then master the art of defeating the ender dragon and explore the outer islands of the End dimension.

With insider info and tips from the experts at Mojang, this is the definitive guide to exploration and survival in Minecraft.

Format: ebook
Ageband: from 6
Release Date: 20/09/2018
Pages: None
ISBN: 978-1-4052-9351-8
Mojang is a games studio based in Stockholm, Sweden. Mojang was founded in 2009 by Markus “Notch” Persson and Jakob Porser. Markus Persson is also the creator of Mojang’s best-selling game to date: Minecraft. The alpha version of Minecraft was launched in 2009, and the official game went on sale in 2011. Since then over 100 million copies have been sold, across multiple platforms. It is now the second best-selling video game of all time.