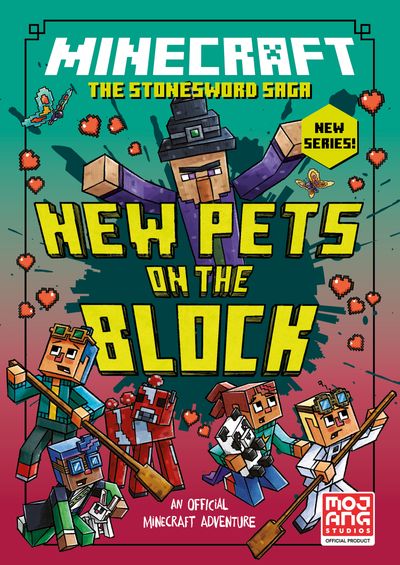 Everyone knows that Jodi, the youngest member of the team, loves animals in the real world and in Minecraft. She is also fiercely loyal to her friend the Evoker King who has, very unfortunately, been shattered into six different hostile mobs.

When the third piece of the Evoker King takes the form of a Minecraft witch and sends Jodi and her friends on a quest to bring back an extremely rare animal mob, Jodi is determined to make sure that the mob stays safe no matter what!

Meanwhile, in the real world, she also learns that taking care of other living creatures is a much bigger responsibility than she ever imagined.

Find out if Jodi and her friends have what takes to outwit a powerful witch and keep a bunch of unruly pets on the leash in this exciting new Minecraft adventure.

Based on the most popular video game of all time, the third book in the epic Minecraft Stonesword Saga series takes a group of intrepid Minecraft players deeper into the game than ever before . . .