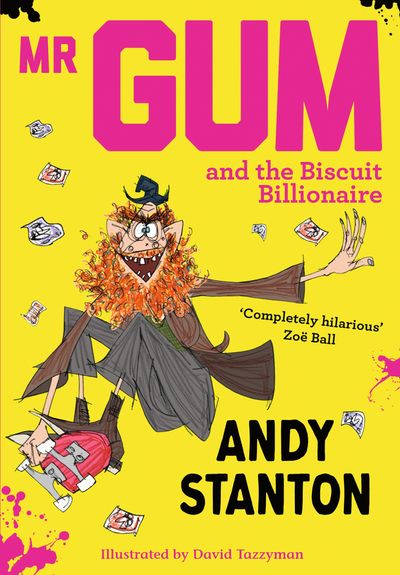 Mr Gum is back in this second hilarious book and he’s as nasty as ever! In fact, he’s absolutely grimsters. But this book’s not just about him. Meet a gingerbread man named Alan Taylor who has electric muscles! Plus, all our favourite characters are also back: the little girl called Polly, the evil butcher called Billy William The Third, and the very wise man, Friday O’Leary. And, who could forget loveable Jake the dog, or the angry fairy who lives in Mr Gum’s bathtub and whacks him on the head with a frying-pan?