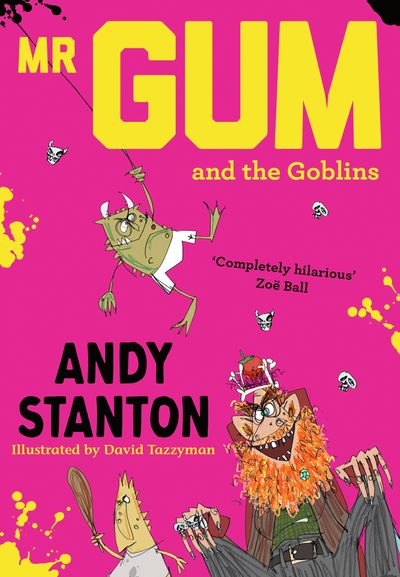 Shabba me whiskers! It’s one of those Mr Gum books by Andy Stanton. They’re only the craziest, funnest most amazing books for children in the world. This is the third book!

Well, that old roo-de-lally Mr Gum and the hideous Billy William the Third are once more mucking things up for everyone. They’re a-schemin’ and a-hatchin’ an’ making their bad plans up on Goblin Mountain. And why? Because they’re raising up an army of goblins to stink up the town of Lamonic Bibber once and for all! Can the brave travellers (the wise old man Friday O’Leary and the small girl Polly) make it past the Three Impossible Challenges of Goblin Mountain and save the town from a fate worse than something very bad indeed? In an epic tale of courage, valour and plain idiocy only one thing is sure: The truth is a lemon meringue!