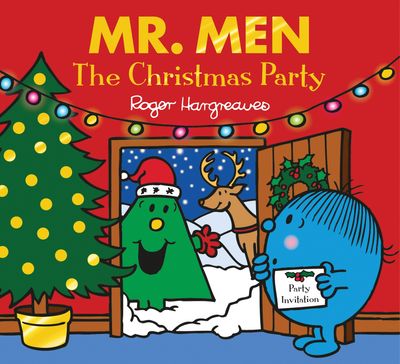 Little Miss Shy is the shyest person in the world, so when she gets an invite to Mr Happy’s Christmas Party, just the thought of going makes her blush. The other Mr Men are very excited.

Mr Strong finds the Christmas tree, Mr Greedy bakes a Yule tree trunk and Little Miss Naughty brings the mistletoe! But will Little Miss Shy’s blushes be spared when there’s a thick blanket of snow on the day of the party?

Author: Adam Hargreaves
Format: Paperback
Ageband: from 3
Release Date: 27/08/2015
Pages: 32
ISBN: 978-1-4052-7955-0
It all started with a tickle. Roger Hargreaves’ son Adam asked him what a tickle looked like, so Roger drew a small orange man with extraordinarily long arms that could reach anywhere and tickle anyone. Roger went on to create many more Mr Men and Little Miss who have been delighting children and adults for generations. Sadly Roger passed away in 1988, but his son Adam took over the series, introducing new characters and exciting new adventures featuring the much-loved Mr Men and Little Miss.