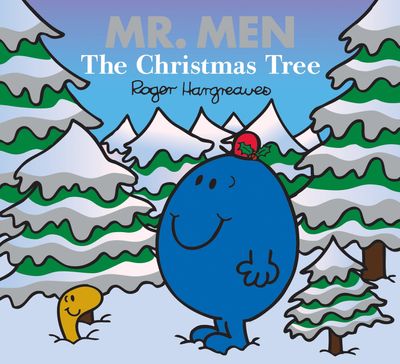 Mr. Forgetful is not at all good at remembering things, so it is hardly surprising that this Christmas he has forgotten to buy a tree. Christmas with no tree! Where will Father Christmas leave the presents?!

And so begins a very funny and forgetful tale of Christmas trees, presents, snow and a plump, jolly man who might just be able to save the day &

Author: Adam Hargreaves
Format: Paperback
Ageband: from 3
Release Date: 27/08/2015
Pages: 32
ISBN: 978-1-4052-7949-9
It all started with a tickle. Roger Hargreaves’ son Adam asked him what a tickle looked like, so Roger drew a small orange man with extraordinarily long arms that could reach anywhere and tickle anyone. Roger went on to create many more Mr Men and Little Miss who have been delighting children and adults for generations. Sadly Roger passed away in 1988, but his son Adam took over the series, introducing new characters and exciting new adventures featuring the much-loved Mr Men and Little Miss.