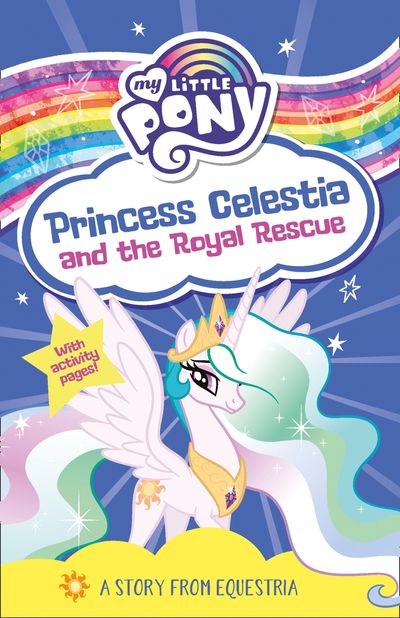 My Little Pony: Princess Celestia and the Royal Rescue

Join Princess Celestia in a magical My Little Pony adventure!

When Princess Celestia hears that her friend, Diamond Waves, is in trouble, she rushes to Monacolt to help. The beautiful kingdom by the sea is on the brink of disaster, and none of the students at the Monacolt Magic Academy can master the spell that will save it. Can Princess Celestia bring the magic back before it’s too late?