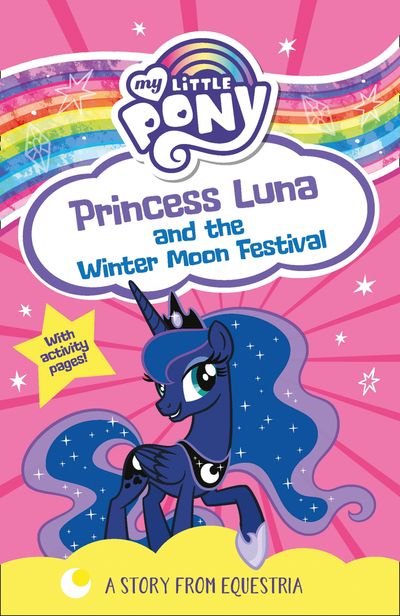 My Little Pony: Princess Luna and the Winter Moon Festival

Join Princess Luna in a magical My Little Pony adventure!

All the ponies in Equestria love the Summer Sun Celebration – all except Princess Luna. So when the Cutie Mark Crusaders suggest that they have a special Winter Moon Festival just for her, Luna can’t think of anything worse! Princess Luna is determined to stop the party. Can her pony friends help her enjoy the festival fun?