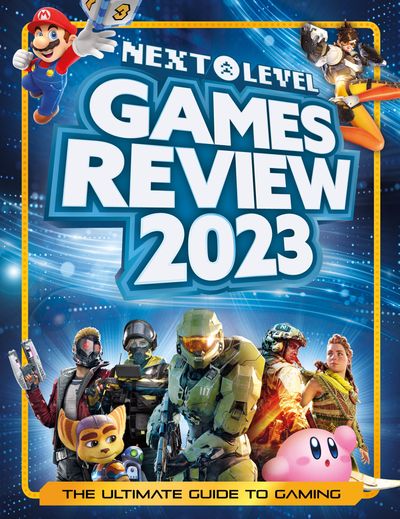 Take it to the next level! Bursting with the biggest games, latest trends, and hottest news, Next Level Games Review 2023 is the ultimate annual gaming guide.

Inside you’ll discover a recap of the last twelve months in gaming and a preview of what’s coming soon, plus an exclusive intro written by YouTube, TV and radio presenter Julia Hardy.

Catch up on all the eSports news, become an MMO champion, read fascinating trivia, get the inside take from gaming experts, learn about the exciting new Steam Deck, check out new indie adventures, and find out surprising stats and entertaining facts on over 200 games.

Whether you want to relive the action in Deathloop, get a head start in Switch Sports, explore new Minecraft biomes, join the Guardians of the Galaxy aboard the Milano, catch new Diamond and Pearl Pokémon, build your Ultimate Team in FIFA or return to The Lands Between in Elden Ring, this guide is a game-changer!

Format: ebook
Release Date: 29/09/2022
Pages: None
ISBN: 978-0-00-858155-8
Expanse is a new HarperCollins UK publishing imprint focusing on gaming, television, and movies. Creating books for fans that bring to life the stories and communities behind much-loved brands.Ben Wilson is a journalist and former editor of Official PlayStation Magazine and a number of websites. His work has featured in The Guardian, The Telegraph, The Independent, and many more. His first book, One Year Without Social Media, was released in April 2021.