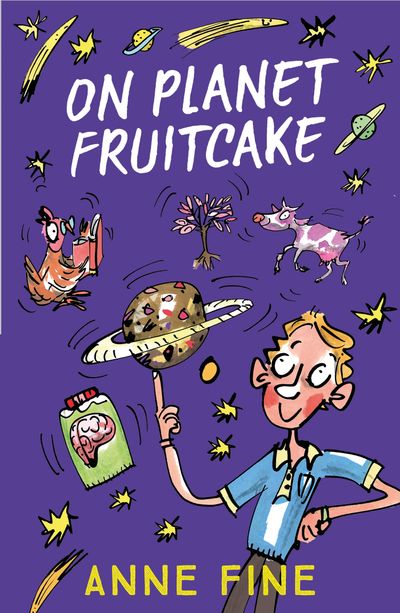 Philip has an incredible imagination, and when he lets it run riot in school one day it really gets his classmates thinking.

Purple cows … brains in pots … a clever and beautiful chicken …

What will they think of next?!

‘Fine has a rare genius for building a funny, enriching and moving story around the nuts and bolts of school life’ The Times

Author: Anne Fine
Format: Paperback
Ageband: 7 to 9
Release Date: 08/02/2018
Pages: 112
ISBN: 978-1-4052-8899-6
Anne Fine is one of the UK's best-loved authors. She was the Children's Laureate from 2001-2003 and has won both the Carnegie Medal and the Whitbread Award twice. She has published over 50 books for children, including favourites such as Ivan the Terrible and The Angel of Nitshill Road. When she was young, it never occurred to Anne that she might be a writer. But one day, unable to get to the library in a snowstorm, she sat down and started to write a novel. Clearly this was the right job for her, for she has never stopped writing for more than a few weeks since.