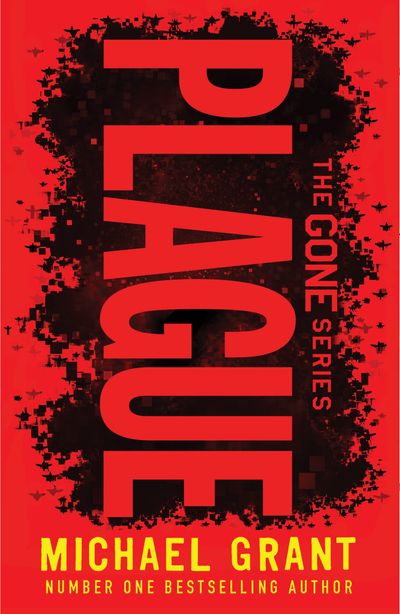 Across town, Little Pete lies unconscious, struck down by the mysterious illness. With the most powerful mutant in the FAYZ out of action, the future of the world hangs in the balance…

Author: Michael Grant
Format: Paperback
Ageband: from 12
Release Date: 03/03/2022
Pages: 560
ISBN: 978-0-7555-0164-9
Michael Grant is the evil genius of Young Adult Fiction. Among his biggest fans is Stephen King who called the GONE series ‘A driving, torrential narrative’. Michael’s life has been similarly driving and torrential. He’s lived in almost 50 different homes in 14 US states, and moved in with his wife, Katherine Applegate, after knowing her less than 24 hours. Michael and Katherine were running their own cleaning business when they were working on their first book. Since trading in his marigolds, Michael has now written around 150 books (with Katherine, as himself, under pseudonyms and as a ghostwriter).