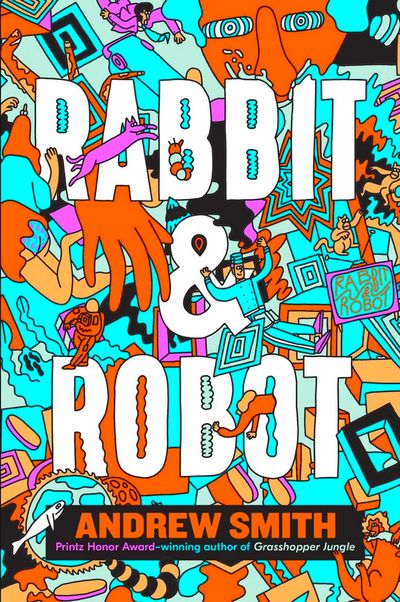 Cager has been transported to the Tennessee, a giant lunar-cruise ship, to help him shake his Woz addiction. Meanwhile, Earth, in the midst of thirty simultaneous wars, burns to ash beneath them. As the robots on board The Tennessee become increasingly insane and cannibalistic, and Earth becomes a toxic wasteland, Cager and his friends have to wonder if they’ll be stranded alone in space forever.

In his new novel, Andrew Smith, Printz Honor author of Grasshopper Jungle, will make you laugh, cry, and consider what it really means to be human.

Author: Andrew Smith
Format: Paperback
Ageband: from 14
Release Date: 03/10/2019
Pages: 448
ISBN: 978-1-4052-9398-3
Andrew Smith has always wanted to be a writer. After graduating college, he wrote for newspapers and radio stations, but found it wasn't the kind of writing he'd dreamed about doing. Born with an impulse to travel, Smith, the son of an immigrant, bounced around the world and from job to job, before settling down in Southern California. There, he got his first ‘real job’, as a teacher in an alternative educational program for at-risk teens, married, and moved to a rural mountain location. Smith has now written several award-winning YA novels including Winger, Stick, and Grasshopper Jungle.