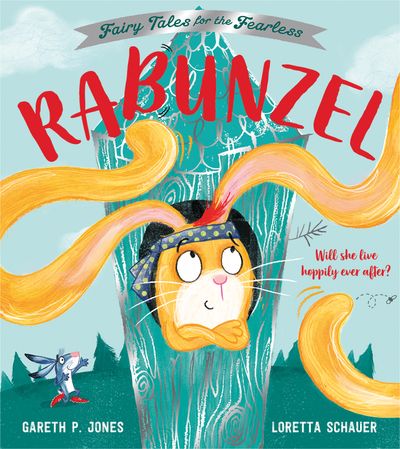 Rabunzel (Fairy Tales for the Fearless)

Rabunzel has a teeny tufty tail, a twitchy nose and two wide brown eyes. She also has VERY long ears – so long that her mother worries they will make her easy bait for the hungry creatures of the forest.

The answer? Rabunzel must be kept safe … in towering hutch, high in the sky. Here Rabunzel waits grumpily for her mother’s daily visit with carrots and fresh lettuce, letting down her ears so she can climb up the tower.

But one day, it isn’t her mother who climbs up Rabunzel’s very long ears…

The first hilarious title in a fun-filled fairytale series with empowering messages for young readers!

Look out for Cindergorilla, based on the classic Cinderella!

Author: Gareth P Jones, Illustrated by Loretta Schauer
Format: Paperback
Ageband: 3 to 6
Release Date: 18/02/2021
Pages: 32
ISBN: 978-1-4052-9858-2
Gareth P. Jones is the author of the picture books The Lion on the Bus, The Dinosaurs are Having a Party! and Are You the Pirate Captain? He has penned a number of fiction titles for young readers, including The Dragon Detective Agency and Ninja Meerkats series, as well as The Considine Curse, winner of the Blue Peter Book of the Year Prize 2012.Loretta Schauer is the illustrator of Beauty and the Beast, by Michael Morpurgo, A Monster's Moved In, by Timothy Knapman, and A Very Corgi Christmas, by Sam Hay, along with a number of fiction titles, including the Dougal Daley Series, by Jackie Marchant. She won the Waterstones 'Picture This' competition in 2011. 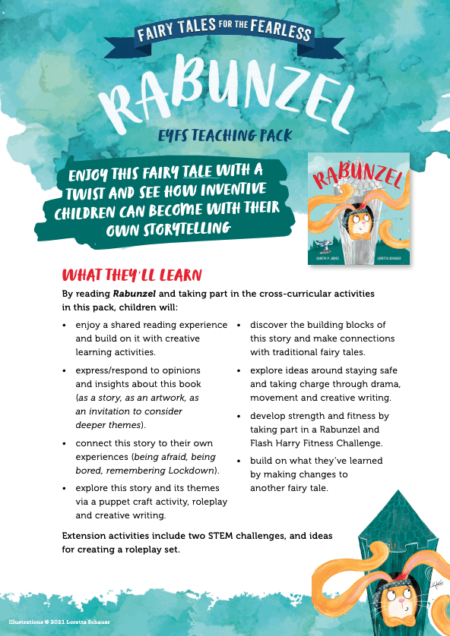 Rabunzel (Fairy Tales for the Fearless)