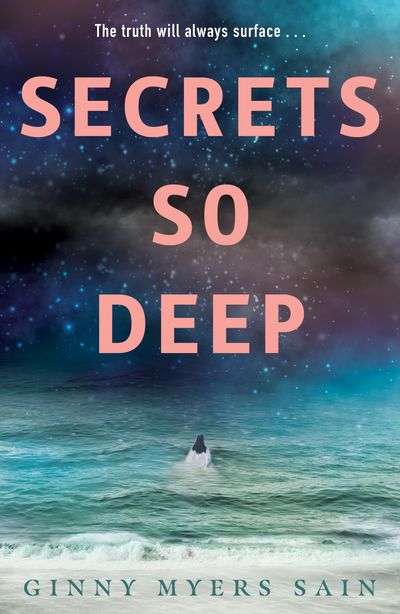 From the author of Dark and Shallow Lies comes a darkly atmospheric paranormal thriller, dripping with secrets and mystery.

From the author of Dark and Shallow Lies comes a darkly atmospheric paranormal thriller, dripping with secrets and mystery.

Seventeen-year-old Avril doesn’t believe in ghosts, but she knows there are lots of different ways for places and people to be haunted. Twelve years ago her mother drowned at Whisper Cove. Local legend claims that the women in the waves – the ghosts from an old whaling village – called her mother into the ocean with their whispering. Because, as they say at Whisper Cove, what the sea wants, the sea will have.

Avril has spent the past twelve years trying to make sense of the strange bits and pieces she does remember from the night she lost her mother. Stars falling into the sea. A blinding light. The odd sensation of flying. Now, at seventeen, Avril is returning to Whisper Cove for the first time as part of a summer theatre camp, and she hopes she might finally discover what really happened to her mother.

As Avril becomes more involved with camp director Willa and her mysterious son Cole, Whisper Cove reveals itself to her. Distances seem to shift in the strange fog. Echos of long-past moments bounce off the marsh. And Avril keeps meeting herself – and her dead mother – late at night, at the edge of the ocean.

The truth Avril seeks is ready to be discovered. But it will come at a terrible cost . . .

Author: Ginny Myers Sain
Format: Paperback
Ageband: from 14
Release Date: 29/09/2022
Pages: 384
ISBN: 978-0-00-849490-2
Ginny Myers Sain has spent the past twenty years working closely with teens as a director and acting instructor in a program designed for high school students seriously intent on pursuing a career in the professional theatre. Having grown up in deeply rural America, she is interested in telling stories about resilient kids who come of age in remote settings. Dark and Shallow Lies was her debut novel, Secrets So Deep is her second standalone novel.

Praise for Dark and Shallow Lies: -

”'Dark and Shallow Lies oozes atmosphere and dread […] An intense and brooding thriller laced with the supernatural and killer twists.” - - Observer

”'Don’t even try to resist—Ginny Myers Sain will lure you into the spellbinding world of the deep Louisiana bayou with this riveting missing girl mystery populated by a bewitching cast of characters; spun to life in lush, atmospheric prose; and teeming with a dark mythology that is part folklore, part psychic mysticism, and entirely compelling.” - —Kit Frick, author of I Killed Zoe Spanos

”'Haunting and arresting, this is one stunning debut. Ginny Myers Sain has written a totally engrossing small-town mystery about what happens when you finally dig up long-buried secrets.' ” - Jessica Goodman, bestselling author of They Wish They Were Us

”'Enchanting and chilling at once, you’ll instantly get sucked into this atmospheric tale of kindred spirits brimming with secrets that could tear them apart. Ginny Myers Sain’s haunting, lush, lyrical prose will keep you captivated till the end.' ” - Diana Urban, author of All Your Twisted Secrets