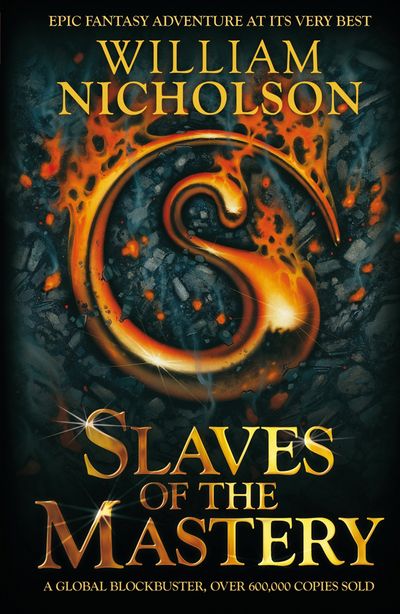 Five years have passed. The city of Aramanth has become kinder – weaker. When ruthless soldiers of the Mastery strike, the city is burned, and the Manth people taken into slavery. Kestrel is left, separated from her brother Bowman, and vowing revenge … Fantasy books for children don’t get more spectacular than Slaves of the Mastery.

Since first publication, William Nicholson’s Wind on Fire trilogy has been translated into over 25 languages and won prizes including the Blue Peter Book Award and Smarties Prize Gold Award. One of the greatest writers of our time, William Nicholson has not only sold millions of children’s books worldwide, he also written for the screen and the stage, including the Oscar-winning film Gladiator and the BAFTA-winning play Shadowlands.