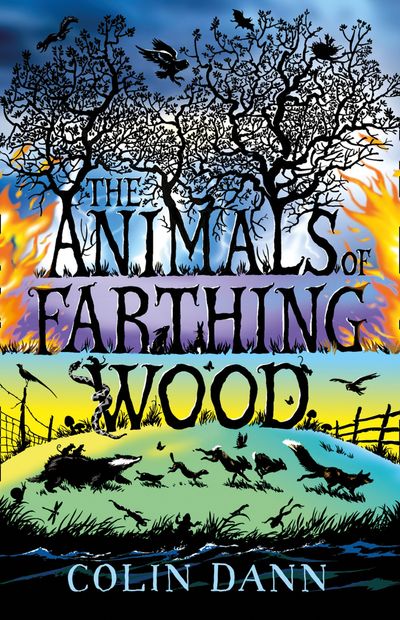 The Animals of Farthing Wood

Both heart-wrenching and heart-warming, The Animals of Farthing Wood is a classic animal story of adventure and the fight for survival.

Farthing Wood is being bulldozed and a drought means the animals no longer have anywhere to live or drink. Fox, Badger, Toad, Tawny Owl, Mole and the other animals band together and leave their ancestral home and set off to move to a far-away nature reserve. Their journey is full of adventure and fraught with disasters: a fire, a storm, a treacherous river crossing and a hunt. The animals must unite in adversity and in doing so they learn about each other’s habits and limitations.

The story about tolerance, cooperation, survival and friendship from Colin Dann, which inspired the major BBC children’s series of the 1990s. The Animals of Farthing Wood is one of the most popular animal stories in children’s literature and is still in print nearly 35 years after first publication.

Author: Colin Dann
Format: Digital download
Ageband: from 10
Release Date: 03/09/2012
Pages: None
ISBN: 978-1-78031-298-9
Colin Dann was born in Richmond in 1943. After leaving the local Grammar School he worked first for a large textile company before his real love – the world of books – brought him a job in publishing at William Collins in London where he worked as a manager in the Fontana paperback division. During this time, in odds hours at home, he wrote his first book THE ANIMALS OF FARTHING WOOD which was published finally in 1979 by William Heinemann after several rejections.