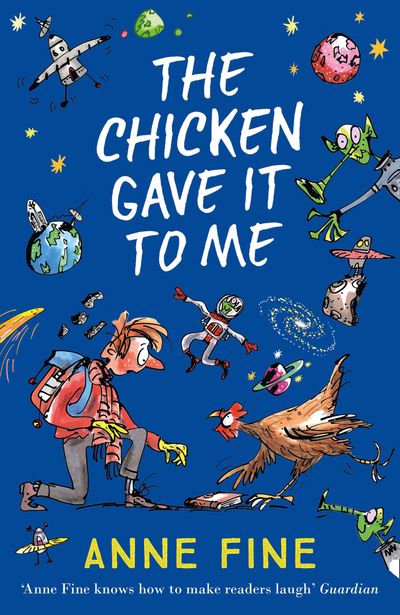 The Chicken Gave it to Me

Gemma doesn’t believe a chicken could have written a book – chickens can’t even read! But here in front of them is The True Story of Harrowing Farm, and its scratchy pages definitely look, well, chickeny. It is an epic tale of cruelty and bravery, the story of a chicken who flies frillions of miles, reaching the heights of intergalactic superstardom, to try to save us humans …

Author: Anne Fine
Format: ebook
Ageband: 7 to 9
Release Date: 03/10/2011
Pages: None
ISBN: 978-1-78031-165-4
Anne Fine is one of Britain’s most distinguished writers for both adults and children.  She has twice won both the Carnegie Medal and the Whitbread Children’s Book of the Year Award, as well as the Guardian Children’s Fiction Prize, the Smarties Prize and numerous other regional and foreign awards. She has twice been voted Children’s Author of the Year.