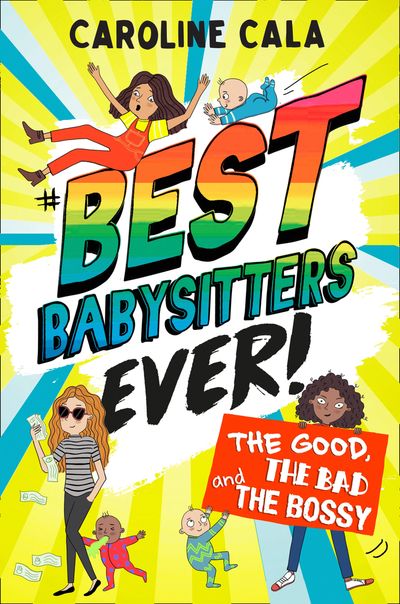 The Good, the Bad and the Bossy (Best Babysitters Ever)

Being a boss isn’t all it’s cracked up to be in the second book of the Best Babysitters Ever series. Perfect for fans of Dork Diaries.

Just when Malia, Dot, and Bree (aka the Best Babysitters Ever) corner the babysitting market, their lives get even busier. Malia’s evil older sister ropes her into a thankless internship. Dot must win the science fair. And Bree’s brand new cat turns out to be a holy terror. Meow! Malia is frustrated by the group’s lack of commitment until she has an idea so great it rivals the creation of the club in the first place: they can hire new babysitters and take a cut of their wages! It’s all of the money, and less of the babysitting. This plan is too perfect to fail. Until – spoiler alert – it does, in the most hilarious way possible.

Author: Caroline Cala
Format: ebook
Ageband: from 10
Release Date: 08/08/2019
Pages: None
ISBN: 978-1-78031-821-9
Caroline Cala worked as an editor at Penguin Random House before pursuing her lifelong dream to write. Her work has been featured by Vogue, Refinery29, ELLE, Bustle, the Huffington Post, Design*Sponge, A Cup of Jo, and many others. Find her on Instagram @carolinecala. Caroline lives in New York and Best Babysitters Ever is her middle grade debut.