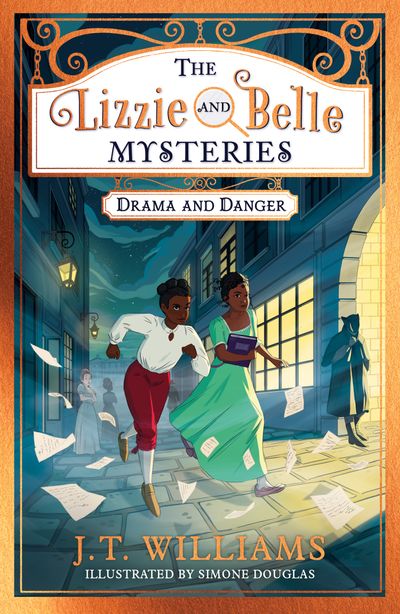 A thrilling middle grade mystery series, perfect for fans of Robin Steven’s Murder Most Unladylike. Set in eighteenth-century London, with all the fun and zest of Hamilton and inspired by real Black British historical figures.

Twelve-year-olds Lizzie Sancho and Dido Belle are from different worlds – Lizzie lives in Westminster in her dad’s tea shop, while Belle is an heiress being brought up by her aunt and uncle at grand Kenwood House – but they both share a love of solving mysteries.

And when their eyes meet in the audience of the Drury Lane theatre one night, both girls are sure they’ve seen something suspicious on stage.

Lizzie and Belle soon find themselves on the trail of a mystery – and becoming best friends. But can they work out what’s going on in time to prevent a murder?

‘This vivid theatreland mystery - whose atmospheric setting recalls Phillip Pullman’s The Ruby and the Smoke series - is deeply rooted in the abolitionist milieu and resonates sonorously today.’The Observer, Chapter Books of the Month, 29th May 2022 -

”'Bringing Georgian London vividly to life, this is a wonderful historical mystery with two delightful heroines. I can't wait to read the next instalment and find out what Lizzie and Belle will get up to next!” - Katherine Woodfine, author of The Sinclair’s Mysteries series