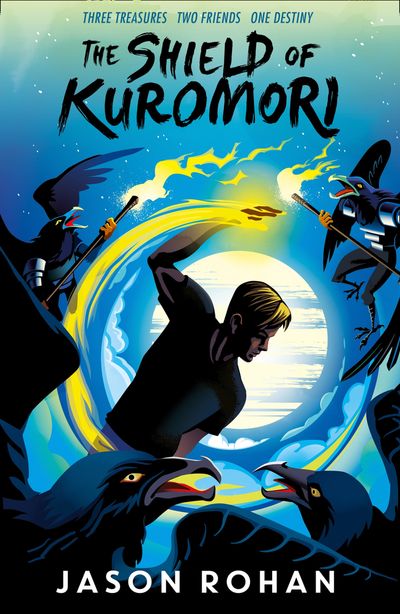 The Matrix meets Percy Jackson in this exciting series packed with monsters, magic and mayhem, set in modern day Japan.

In this thrilling sequel to The Sword of Kuromori, science meets myth when ogres armed with high-tech weaponry steal a huge telescope as part of an insane plan to cast the world into permanent darkness. With global catastrophe looming, Kenny and Kiyomi take the fight to the enemy, even if it means going out of this world.

But all is not well between the friends. Kiyomi’s behaviour is growing increasingly erratic and it soon becomes clear that her life – and her humanity – are in danger. Kenny is faced with an impossible choice – does he save his friend or fulfil his duty?

Jason Rohan has worked as a staff writer for Marvel Comics in New York and as an English teacher in Japan, where he lived for five years. He returned to the UK and now lives in West London with his wife and five children.

Author: Jason Rohan
Format: ebook
Ageband: 10 to 12
Release Date: 07/05/2015
Pages: None
ISBN: 978-1-78031-456-3
When he was sixteen, Jason blagged his way into Marvel Comics in New York and landed a gig as an intern, during which time he made his first professional sale – a Captain America story which his editor bought either through pity or to stop him pestering.