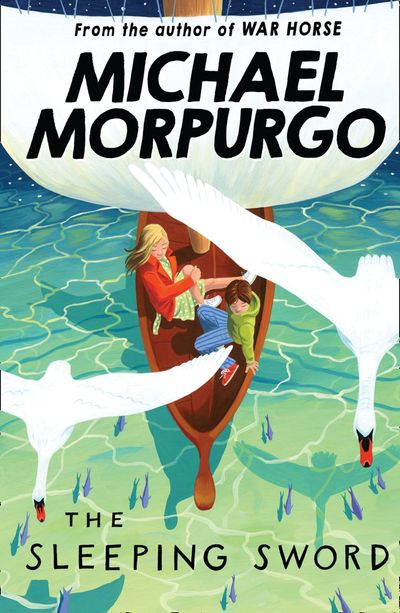 An enchanting take on the legend of King Arthur from Britain’s best-loved children’s author, Michael Morpurgo.

‘There stood before me an ancient man swathed in a dark and tattered fleece, his long hair and beard matted with filth, his face grey with grief and age. Holding the sword out in front of me, I backed away until I felt the sink behind me and I could go no further. His eyes followed me all the way.’ When Bun Bendle is struck blind, he feels like he is drowning in blackness. But the discovery of an ancient tomb and a strangely familiar sword changes him forever.

The Sleeping Sword weaves a contemporary tale with Arthurian legend in a way that is utterly spellbinding. Once again, former Children’s Laureate and award-winning author of War Horse, Michael Morpurgo, demonstrates why he is considered to be the master story teller.

Author: Michael Morpurgo
Format: ebook
Ageband: from 10
Release Date: 03/10/2011
Pages: None
ISBN: 978-1-78031-147-0
Michael Morpurgo is one of the most successful children's authors in the country, loved by children, teachers and parents alike. He has written more than forty books for children, including the global hit War Horse, which was made into a Hollywood film by Steven Spielberg in 2011.He has won the Whitbread Award, the Smarties Award, the Circle of Gold Award, the Children's Book Award and has been short-listed for the Carnegie Medal four times.He received an OBE in December 2006 for his services to literature.