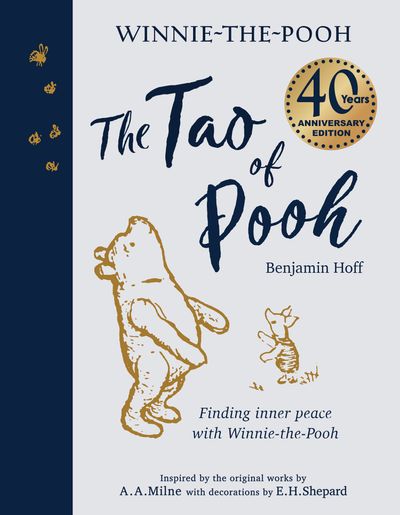 “Well, it’s not,… I replied huffily.
“What’s it about?… asked Pooh, leaning forward and smearing another word.
“It’s about how to stay happy and calm under all circumstances!… I yelled.
“Have you read it?… asked Pooh…

…Winnie-the-Pooh has a certain way about him, a way of doing things that has made him the world’s most beloved bear, and Pooh’s Way, as Benjamin Hoff brilliantly demonstrates, seems strangely close to the ancient Chinese principles of Taoism.

Follow the Pooh Way in this humorous and enlightening introduction to Taoism, with classic decorations by E.H.Shepard throughout. Over a million copies sold to date.

This deluxe anniversary edition is a beautiful gift for any fans of this classic title or everyone’s favourite bear.