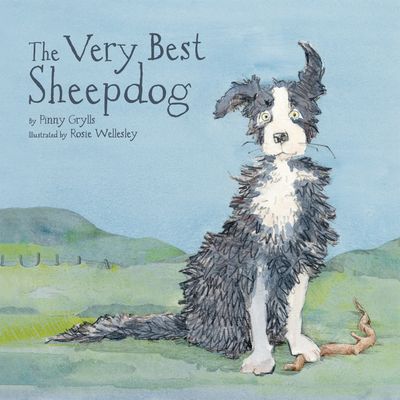 With high-flying, prize-winning parents, Ben the sheepdog has got a lot to live up to. However, he is the most hopeless sheepdog on the farm.

A gentle story about friendship that is perfect for parents and children to share together.

Ben the sheepdog tries so hard to get it right, but keeps getting everything wrong. One day he makes friends with a lamb and they have a wonderful time together playing ‘sniff and seek’. However, this unlikely friendship makes him the laughing stock of the farm.

One evening, a storm comes and scares all the sheep away onto the hill. They are lost and visibility is poor, so the farmer sends Ben off to find them because of his good nose. Something amazing happens when the sheep see Ben – they follow him back to the farm and earn Ben a well-deserved place in the farmer’s heart.

Author: Rosie Wellesley
Format: Paperback
Ageband: 1 to 5
Release Date: 01/11/2014
Pages: 32
ISBN: 978-1-84365-219-9
Rosie Wellesley was born in London but grew up in Morocco, Pakistan and the West Country. She studied as an undergraduate at L'ecole des Beaux Arts in Aix en Provence and at the Ruskin School of Drawing and Fine Art in Oxford. Last year she graduated from the postgraduate diploma at Prince's School of Drawing in London. She now lives and works in East London.Pinny Grylls is a documentary filmmaker living in East London. The Very Best Sheepdog was inspired by her short documentary, 'Peter and Ben', which told the story of an unusual friendship between a man and a sheep. The film won her several international awards including FourDocs Best Documentary and the Shooting People Werner Herzog Competition. Her other films 'Mr and Mrs Smith', 'Who Do You Think You Were?', 'Hearing a Smile, Seeing a Song' and 'Bravo!' have been broadcast on Channel 4 and the BBC.