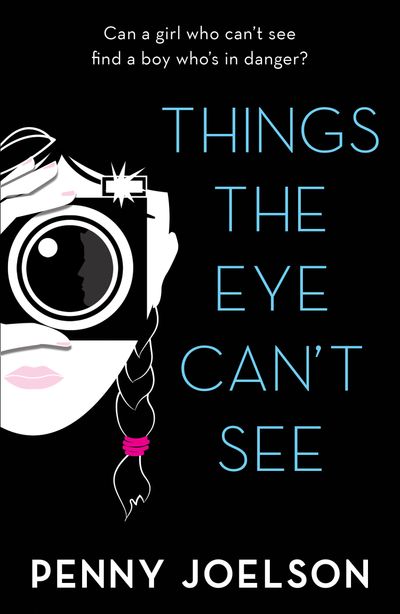 A chance meeting and a secret message drags Libby into a thrilling mystery, but no one believes she can spot the clues. Can she make them realise what she is really capable of, before it’s too late?

Libby is visually impaired but that doesn’t stop her being a keen photographer. She loves going out walking with her guide dog, Samson, and taking photos, but her family worry about her – and Libby wishes she could be more independent.

The day that the boy gives her a secret note to deliver changes everything. Because soon after, the boy goes missing, and no one – except Libby and her new friend Kyle – thinks there is anything to worry about.

Libby knows there’s no way her parents would let her get involved. But what if she’s the only person who can solve the mystery…?

A compulsive page-turner for readers aged 12 and up.

Author: Penny Joelson
Format: Paperback
Ageband: from 12
Release Date: 09/07/2020
Pages: 304
ISBN: 978-1-4052-9491-1
Penny Joelson has loved reading and writing stories since she was a child. She began working with disabled people when she was a teenager, which gave her inspiration for her first novel I Have No Secrets, which was published in 2016 to critical acclaim and has won multiple awards. Penny also runs 'Creative Writing for Children' workshops at City Lit.

A chance meeting and a secret message drags Libby into a thrilling mystery, but no one believes she can spot the clues. Can she make them realise what she is really capable of, before it’s too late?