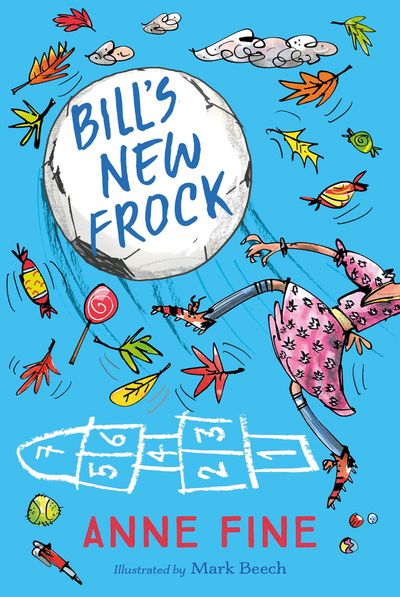 Bill Simpson wakes up to find he’s a girl, and worse, his mother makes him wear a frilly pink dress to school. How on earth is he going to survive a whole day like this? Everything just seems to be different for girls …

Perfect for readers aged 7 years and up and fans of The Boy in the Dress by David Walliams.

Author: Anne Fine
Format: Paperback
Ageband: 7 to 9
Release Date: 01/06/2017
Pages: 128
ISBN: 978-1-4052-8533-9
Anne Fine is one of Britain’s most distinguished writers for both adults and children. She has twice won both the Carnegie Medal and the Whitbread Children’s Book of the Year Award, as well as the Guardian Children’s Fiction Prize, the Smarties Prize and numerous other regional and foreign awards. She has twice been voted Children’s Author of the Year. The BBC have screened adaptations of several of her books, and her novel Madame Doubtfire was transformed into an iconic Hollywood film starring Robin Williams.Anne was Children’s Laureate from 2001-3 and in 2003 she was made a Fellow of the Royal Society of Literature and awarded an OBE. Anne has two daughters and seven grandchildren, and lives in County Durham, UK