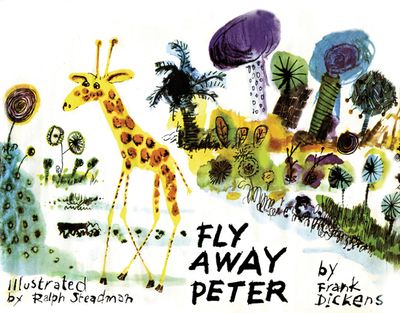 A classic gem from the 60’s brought up-to-date while maintining a wonderful retro feel.

Jeffrey the giraffe with the short neck, and Peter, the bird who can’t fly, are delighted to become friends because they are both different. When they decide to play together to cheer each other up, they hardly expect that a game of hide-and-seek will not only involve all the other animals but surprisingly solve their problems.

Author: Frank Dickens
Format: Hardback
Ageband: 5 to 7
Release Date: 15/09/2008
Pages: 32
ISBN: 978-1-84365-122-2
Frank Dickens has had his cartoon work published in almost every national newspaper and magazine. His first book, ''What the Dickens'', a collection of his stories in pictures was published in 1961. He is perhaps best known for his strip-cartoon characters Oddbod and Bristow, for which latter he received the Catoonists Club of Great Britain award for the best strip of the year.Ralph Steadman is renowned for his political and social caricatures, cartoons and picture books, including his work with author Hunter S. Thompson.