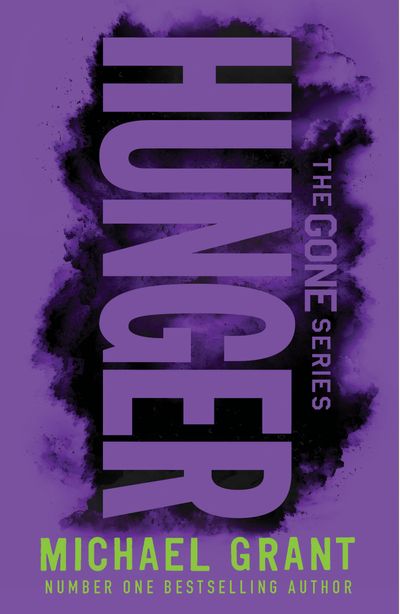 Welcome back to the FAYZ! This is Book 2 in the series that Stephen King calls a ‘driving, torrential narrative’.

An uneasy calm has settled over Perdido Beach. But soon, fear explodes into desperation as food supplies dwindle and starvation sets in.

More and more kids are developing strange powers and, just as frighteningly, so are the animals in the FAYZ: talking coyotes, swimming bats and deadly worms with razor-sharp teeth are just the beginning.

For Sam Temple the strain of leadership is beginning to show and he’s got more than just dwindling rations and in-fighting to worry about – Caine is back with the psychotic whiphand, Drake, by his side.

And deep in the ground, the biggest danger of all is getting hungry . . .

Author: Michael Grant
Format: Paperback
Ageband: from 12
Release Date: 30/09/2021
Pages: 608
ISBN: 978-0-7555-0162-5
Michael Grant is the evil genius of Young Adult Fiction. Among his biggest fans is Stephen King who called the GONE series ‘A driving, torrential narrative’. Michael’s life has been similarly driving and torrential. Michael and his wife Katherine Applegate were running their own cleaning business when they were working on their first book. Since trading in his marigolds, Michael has now written around 150 books (with Katherine, as himself, under pseudonyms and as a ghostwriter).He now lives in the San Francisco Bay area taking his inspiration from his charming view of Alcatraz. From across those dark waters have emerged his dystopian fantasy series, GONE, his thrilling futuristic trilogy BZRK, and the menacing Messenger of Fear.The GONE series has sold over a million copies in the UK alone, meaning that Michael has terrified a lot of people. Something he particularly likes to do. You can find him here http://www.michaelgrantbooks.co.uk and follow him on Twitter @MichaelGrantBks.

It's an absolutely barnstorming sequel - page-turning, plot-driven and absolutely compelling - The Bookbag -