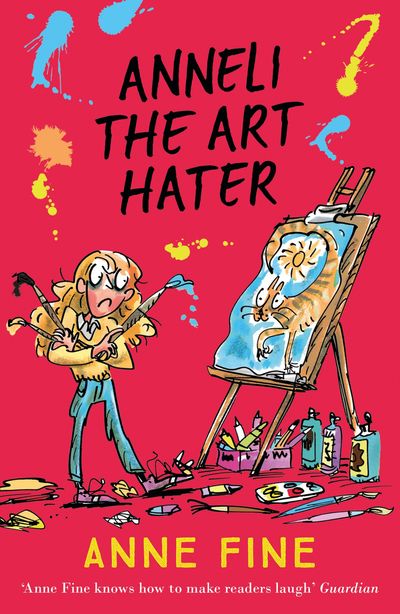 Anneli hates art. She doesn’t like looking at it or thinking about it, and when the paints come out in the art class at school, she just can’t stand it. But behind a hidden door in her house, Anneli finds a painting that draws her into an extraordinary story …

Author: Anne Fine
Format: ebook
Ageband: 8 to 9
Release Date: 03/10/2011
Pages: None
ISBN: 978-1-78031-154-8
Anne Fine is one of Britain’s most distinguished writers for both adults and children.  She has twice won both the Carnegie Medal and the Whitbread Children’s Book of the Year Award, as well as the Guardian Children’s Fiction Prize, the Smarties Prize and numerous other regional and foreign awards. She has twice been voted Children’s Author of the Year.