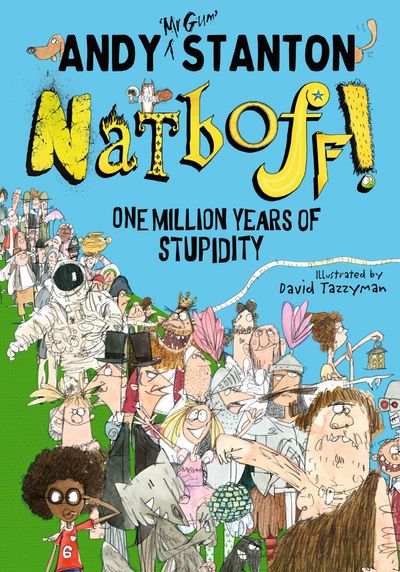 Natboff! One Million Years of Stupidity

WELL, DIP ME IN HISTORY AND CALL ME A TIME TRAVELLER! It’s the brand new book from the author of the award-winning and bestselling Mr Gum series!

NATBOFF! is a hysterical collection of stories, all set in Mr Gum’s hometown of Lamonic Bibber. Strap on your laughter goggles as you embark on a time-travelling journey through the funniest and maddest moments in history. From the Stone Age to Medieval times, from the Great Fire to the First World War, to one million years in the future, it’s all here – and it’s all completely crazy.

Packed full of stories, poems, an extremely odd history of the British monarchy, and even a ‘Shakespearian’ play (penned by William’s less-famous brother, Terry) – and with plenty of Easter eggs for Mr Gum fans to spot along the way – this book is perfect for fans of Horrible Histories, Roald Dahl and David Walliams. Plus it’s the only one that’s got the word ‘kingandqueeniest’ in it, most likely.

With hilarious illustrations by David Tazzyman.

Have you collected all the well brilliant Mr Gum books?

Andy Stanton studied English at Oxford but they kicked him out. Before becoming a children’s writer he was a film script reader, a market researcher, an NHS lackey, a part-time sparrow and a plum. Today he is best-known for the hilarious and much-loved Mr Gum books, which have sold over 3.6 million copies in the UK alone and have been translated into 32 languages. The series has won numerous awards, including the inaugural Roald Dahl Funny Prize, the Red House Children’s Book Award and two Blue Peter Book Awards.

Author: Andy Stanton
Format: Paperback
Ageband: 7 to 12
Release Date: 31/05/2018
Pages: 384
ISBN: 978-1-4052-9098-2
Andy Stanton studied English at Oxford but they kicked him out. Before becoming a children’s writer he was a film script reader, a market researcher, an NHS lackey, a part-time sparrow and a grape. He is best known for the hilarious, bestselling and award-winning Mr Gum series and has also written picture books, including Danny McGee Drinks the Sea. Andy lives in North London and likes cartoons, books and music (even jazz).David Tazzyman studied illustration at Manchester Metropolitan University. As well as illustrating the Mr Gum series, he has illustrated many picture books Eleanor's Eyebrows, You Can't Take an Elephant on the Bus, Michael Rosen's Jelly Boots, Smelly Boots and My Mum's Growing Down by Laura Dockrill. He lives in Leicester with his wife and three sons. 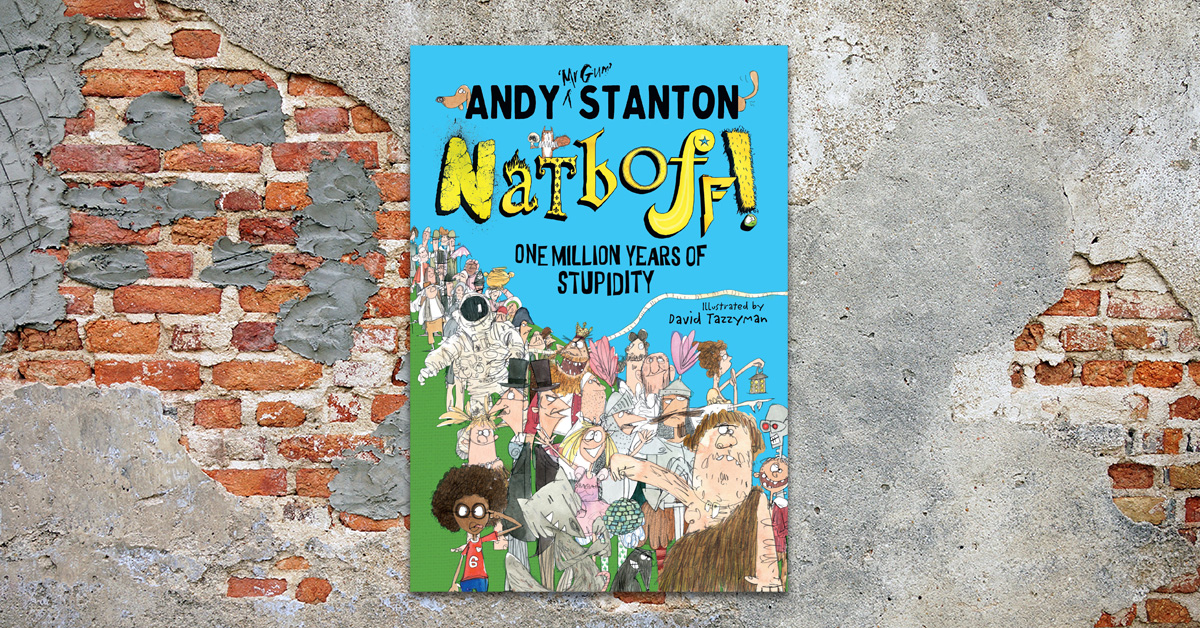 A History of Lamonic Bibber with Andy Stanton!

Andy Stanton presents you lovely little tunglers with a whirlwind History of Lamonic Bibber, the hometown of Mr Gum, for Natboff! One Million Years of Stupidity. Read More

We are thrilled to reveal the brilliant cover for Natboff! One Million Years of Stupidity, the upcoming book from beloved Mr Gum author Andy Stanton, illustrated by David Tazzyman. Read More