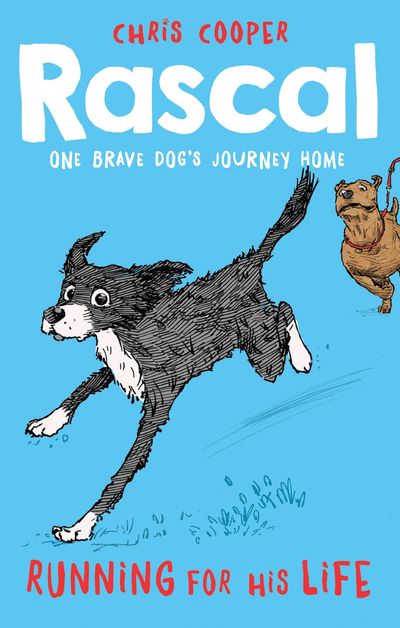 A heartwarming canine adventure series for boys and girls aged 6+. Perfect for fans of Holly Webb and Michael Morpurgo.

This is the story of one brave dog’s journey home.

Rascal is a long way from home. He’s lost and alone, far away from his owner Joel. But when a strange boy rescues him from two dog catchers, Rascal realises that he might not be the only one who needs a little help …

Packed with entertaining illustrations from James De La Rue. Fans of Morpurgo’s Shadow will love this.

Have you collected all of Rascal’s adventures?

Rascal: Lost in the Caves

Rascal: Trapped on the Tracks

Rascal: Running for his Life

Rascal: Swept Beneath the Waters

Chris Cooper is the pen name of Paul Shipton, who grew up in Manchester and went to university in Cambridge. He spent several years teaching English as a foreign language and lived in Istanbul for a year.

Paul then moved into publishing, working on science activity books and primary school English materials. He published his first book, Zargon Zoo in 1991. Four years later, he published Bug Muldoon and the Garden of Fear, and relocated with his family to Wisconsin, United States where he works as a freelance writer and editor. He, his wife and two daughters, now divide their time between Cambridge, England and Madison, Wisconsin.