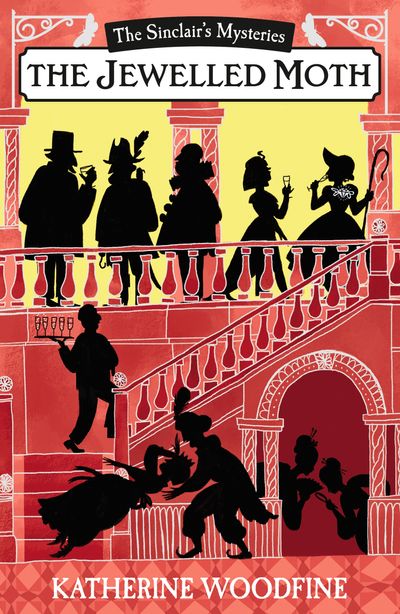 The follow up to Katherine Woodfine’s bestselling debut novel, The Clockwork Sparrow.

THE HONOUR OF YOUR COMPANY IS REQUESTED AT

Wonder at the puzzling disappearance of the Jewelled Moth! Marvel as our heroines, Sophie and Lil, don cunning disguises, mingle in high society and munch many cucumber sandwiches to solve this curious case! Applaud their bravery as they follow a trail of terrible secrets that leads straight to London’s most dangerous criminal mastermind, and could put their own lives at risk …

It will be the most thrilling event of the season!

The Jewelled Moth is the second book in the Sinclair’s Mysteries quartet, which is perfect for fans of Goodnight Stories for Rebel Girls and M G Leonard’s Beetle Boy. The other books are The Clockwork Sparrow and The Painted Dragon. And look out for the thrilling conclusion in The Midnight Peacock, coming in October!

Praise for The Clockwork Sparrow:

‘A wonderful book, with a glorious heroine and a true sprit of adventure’ – Katherine Rundell, author of Rooftoppers

‘A real page-turner, it has murders, spies and gangs of thieves. Thrilling!’ – Indiana, aged 10, LoveReadingforKids reviewer

‘Dastardliness on a big scale is uncovered in this well-plotted, evocative novel’ – Nicolette Jones, The Sunday Times

‘It’s a dashing plot, an atmospheric setting and an extensive and imaginative cast. Katherine Woodfine handles it all with aplomb’ – Julia Eccleshare, Guardian

‘An incredible read full of mystery, wonder and adventure…This is now one of my top ten.’ – Celeste, age 13, LoveReading4Kids reviewer

The first book in the Sinclair’s Mystery series, The Mystery of the Clockwork Sparrow, was shortlisted for the Waterstones Children’s Book Prize in 2016.

Katherine Woodfine is a true champion of children’s literature. Until 2015 she was Arts Project Manager for Booktrust, where she project-managed the Children’s Laureateship and YALC, the UK’s first Young Adult Literature Convention, curated by Malorie Blackman.

She is  part of the founding team at Down the Rabbit Hole, a monthly show for Resonance FM discussing children’s literature.

Katherine blogs at followtheyellow.co.uk. She lives in London.

Author: Katherine Woodfine
Format: Paperback
Ageband: 9 to 11
Release Date: 25/02/2016
Pages: 352
ISBN: 978-1-4052-7618-4
Katherine Woodfine was born in Lancashire in 1983, and studied English at Bristol University. She lives in London and since 2009 has worked for the literature charity Booktrust, where she is a children's book specialist and project manager of the Children's Laureate, working with leading children's authors such as Malorie Blackman, Julia Donaldson and Anthony Browne. 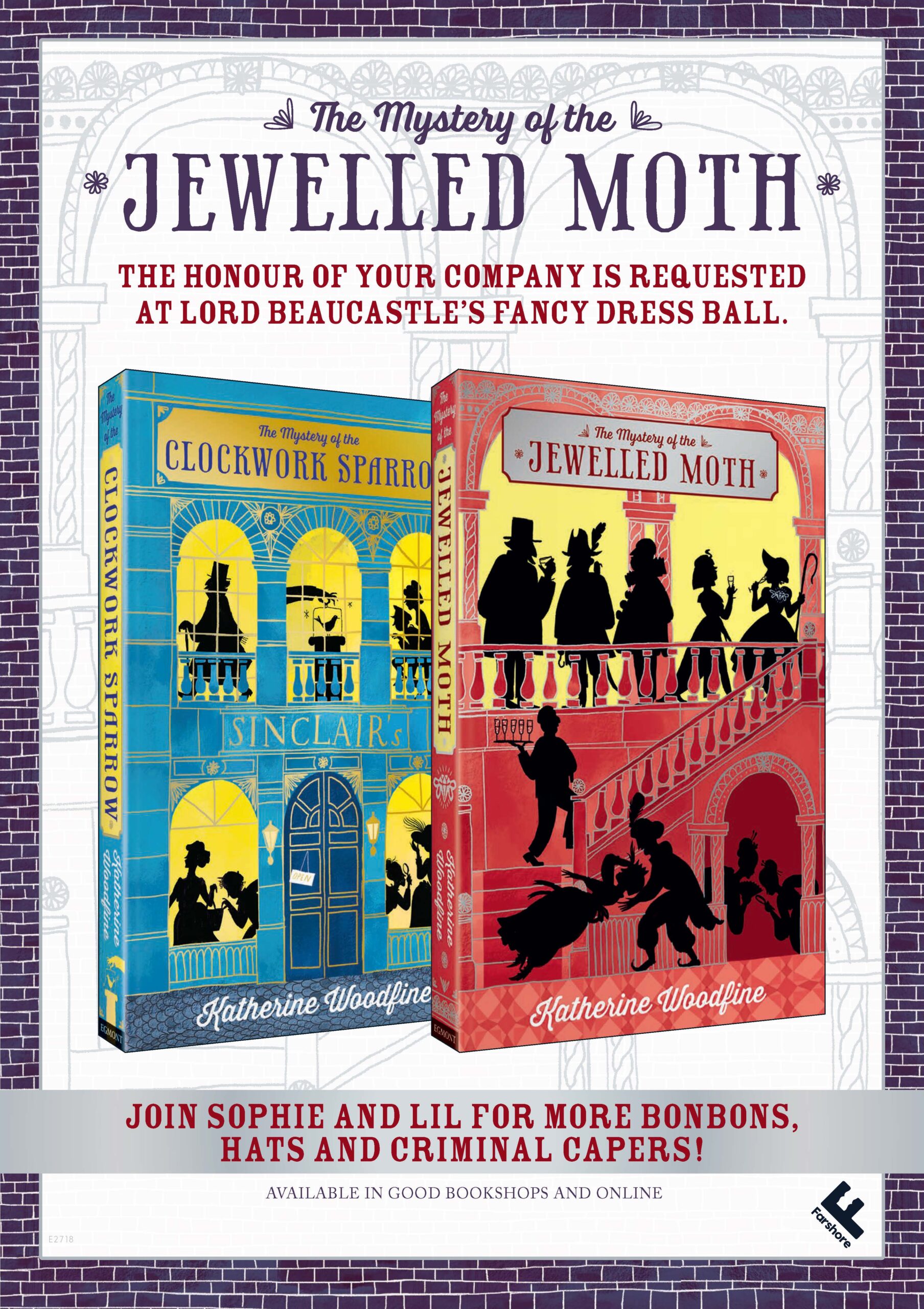