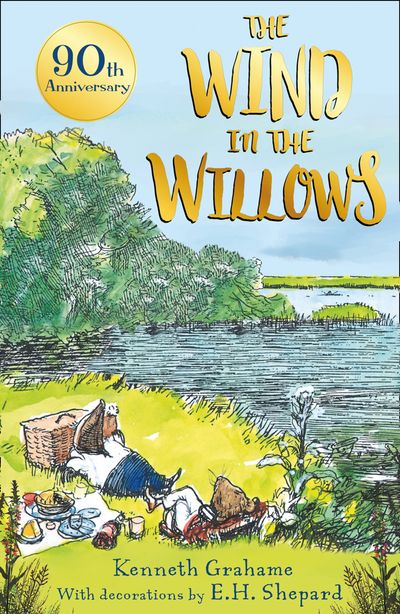 The Wind in the Willows – 90th anniversary gift edition

“There’s nothing – absolutely nothing – half so much worth doing as messing about in boats.…

The Wind in the Willows is one of the most famous and bestselling animal stories of all time. This exclusive 90th anniversary paperback edition celebrates E.H. Shepherd’s classic illustrations that brought Mole, Ratty, Badger and Mr Toad to life 90 years ago and have captivated children and adults alike ever since.

Kenneth Grahame’s The Wind in the Willows is a classic animal adventure that charms and enthrals. This new paperback edition contains the original black and white illustrations by E H Shepard, the man who drew Winnie-the-Pooh. The perfect adventure for children aged 9 and above.

Author: Kenneth Grahame
Format: ebook
Ageband: from 6
Release Date: 29/10/2020
Pages: None
ISBN: 978-0-7555-0078-9
Kenneth Grahame was born in Scotland in 1859. After the death of his mother he was sent to live with his grandparents in Berkshire and attended school in Oxford. On leaving school he worked at the Bank of England and also wrote articles and stories which he submitted to many publications. He married in 1899 and had a son, Alastair. His best-known story, The Wind in the Willows, was published in 1908. Grahame died in 1932 and is buried in Oxford.E.H. Shepard was born in London in 1879. He won a scholarship to the Royal Academy Schools and later worked for Punch magazine as a cartoonist and an illustrator. Shepard illustrated many books for adults and children including A. A. Milne's Winnie-the-Pooh. Shepard's characterful illustrations of Mole, Ratty, Badger and Toad, first published in 1931, have become an inseparable part of The Wind in the Willows, and are classics in their own right.

It thrills me still to read it.', Shirley Hughes -