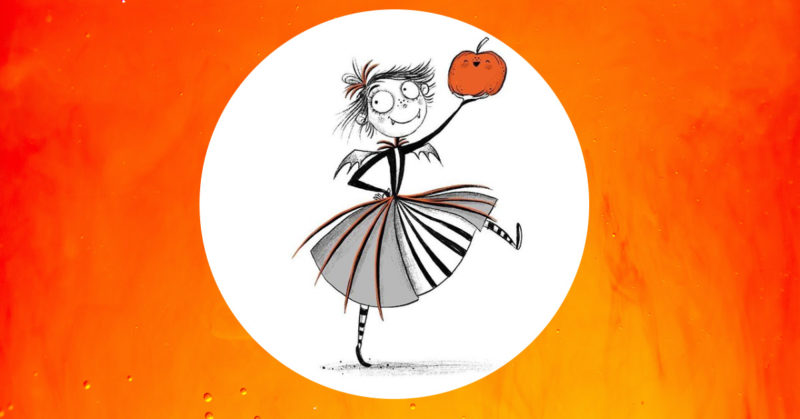 The World of Amelia Fang – by Laura Ellen Anderson

Author and illustrator Laura Ellen Anderson gives us a glimpse into the wonderful world of Amelia Fang, her latest literary creation.

One of the things I’ve loved most about writing Amelia Fang and the Barbaric Ball has been creating the world that Amelia and her friends live in. It’s such fun to let my imagination run wild and to create a gothic setting for their adventures.

Nocturnia, where Amelia lives, is a weird and wonderful place. It’s a city within the Kingdom of the Dark. Beyond the city itself, there are Scary Suburbs and other creepy towns and villages. I loved coming up with names for different areas in Nocturnia; from the post-bat depot to the zombie yoga hall!

The creatures in my world include vampires, yetis, werewolves, ghosts, skeletons, the odd cyclops and many more. Here are some of them enjoying a dance at the Barbaric Ball.

However, when writing about Amelia Fang and her family, I didn’t want to stick to the traditional vampire myths. In my world, vampires do NOT drink blood (it gives them very stinky breath!) They DO have reflections (something that is very important to Countess Frivoleeta), and their bat wings are a bit useless, much like our appendixes as humans.

In world-building for Amelia Fang, I was able to create a realm inhabited by many strange and spectacular creatures (including cute pumpkin pets), but also a place with LOTS of disgusting food! Inventing repugnant recipes that made even me grimace was fun. Here, have some Toe Jam! Eurrgh!

Amelia’s family home was another place where I let my imagination run riot. The Fang Mansion has many floors with many doors. But the room behind each door can change when you least expect it. One door may lead you to another floor in the house or even somewhere outside! Amelia has a handy shortcut to the edge of the River Styx, which is where her best friend Grimaldi lives.

She can slip through the green door with the mouldy handle, and voila! She’s at the river! I wish I knew of a few real shortcut-doors in my life… A door that could lead me straight to my favourite coffee shop would be grand.

Where would you want to go if one door could take you anywhere?

Another important location in the books is Amelia’s school – Catacomb Academy – which was inspired by the catacombs I visited in Paris many years ago. It was fascinating! It was hard to get my head around the fact I was walking through corridors lined with the bones of people who were ONCE ALIVE (shudder).

I also visited the famous Père Lachaise Cemetery, where the mausoleums were incredible. The only way I could describe it is that it’s like a fancy neighbourhood for the dead, all incredibly gothic. I loved it and it still inspires me to this day.

But exploring Amelia’s world didn’t end with the Kingdom of the Dark. You see, this kingdom borders the Kingdom of the Light, where we find creatures such as unicorns, fairies and angel-kittens. These are the stuff of DAYMARES to the Creatures of the Dark! I wanted to turn what we think we know on its head – with beliefs that fairies steal your fangs and angel-kittens scratch out your eyeballs! To Creatures of the Dark they’re TERRIFYING, and the sight of them is enough to have a six-foot yeti running for cover.

The Kingdom of the Light is the setting for Amelia’s second adventure Amelia Fang and the Unicorn Lords, which publishes in March 2018. And I’ve had lots of glittery fun exploring that world and the adventures that await Amelia there.

You can read Amelia Fang and the Barbaric Ball now, and join in the fang-tastic fun!

Connect with Laura Ellen Anderson on Twitter, and join in the Amelia Fang fun this October using the hashtag #fangtober! 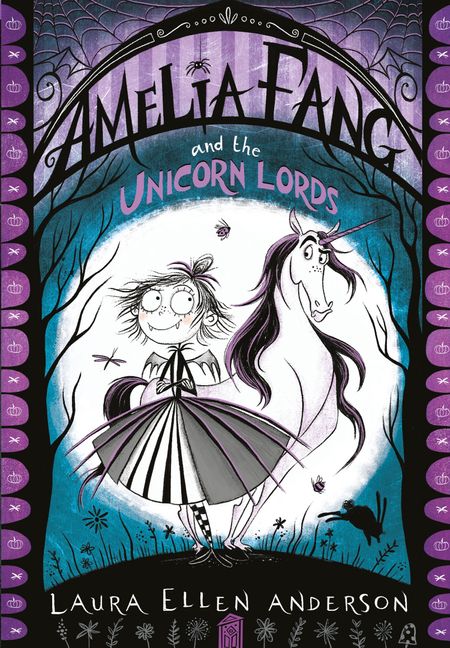